We offer new and used steel as well as aluminum and stainless for purchase and delivery for both individual and commercial customers. We can even cut to size and special order material.

http://foilsinc.com/materials-we-sell/
Posted by Unknown at 3:53 PM No comments:

Sure we take your unwanted and unused vehicle. But did you know that we recycle their parts as well!

Do you need a part in a hurry and you do not have the money for a new part? We sell used vehicle parts. If we have the part, then you can purchase the used part. We can locate the part for you as quickly as possible. We also have a unique pricing system, which eliminates unnecessary costs and haggling. 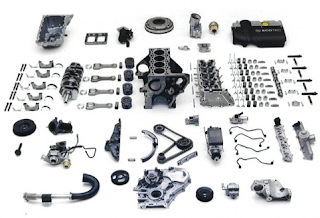 http://foilsinc.com/vehicle-parts-we-sell/
Posted by Unknown at 7:31 AM No comments:

At Foil’s Inc. in Harrisburg, generations are ‘born to scrap' (http://foilsinc.com/press/)

Michael Torrence, 50, looks over the 17-acre scrapyard of Foil's Inc. It's not just iron that flows through the fourth-generation owner's blood, but copper, steel, brass and aluminum, too.

Michael Torrence watched as the jaws of the giant shear – a stories-high machine that looked as if it could share lineage with dinosaurs – picked up a scrapped beam from the old Poplar Tent bridge and snapped it in two like a frail spray of uncooked spaghetti.

One hundred years ago, hen his great-grandfather started Foil’s Inc., the family’s recycling business, a big job like this would have gone to a team of burly men, often ex-convicts looking to earn their first honest living.

They would bust the concrete with sledgehammers, then bore into its bone with blowtorches to melt out its metal marrow – the hidden prize.
Now, million-dollar contraptions chew up the work, and concrete crumbs tumble from their massive jowls.

It will probably stay in the family, either the biological one or the one soldered together by a shared passion for scrap. Torrence’s will is as firm as iron on that.

“I have been approached a thousand times to sell it, but you can pry it out of my cold dead hands,” he said. “It’ll go to the children or to employees.”

The fifth generation – Torrence’s daughters, Amber, 26, who works in accounts, and Erika, 22, who runs the scales – is keeping the torch lit and will eventually welcome their brother, Nathaniel, 20, after college, if he wants in.

It’s a dirty, dangerous job. All day, the 17-acre scrapyard on N.C. 49 in Harrisburg bustles with a steady parade of trucks. Their backs seem ready to buckle under the weight of nearly every metal-containing object imaginable: treadmills, aluminum cans, commercial airplane wings, trombones.

The continuous crunching, twisting and shredding never quiets down as the yard’s enormous machines digest heaps of scrap.

Each generation of the family has been drawn to scrapping like metal to a magnet.
“I was born to do scrap, because I love it,” said Torrence. “I don’t remember ever doing anything else.”

Foil’s Inc.’s first location was on Church Street, where the county Governmental Center is now.

For a while, the operation churned off Spring Street, behind the Boys & Girls Club of Cabarrus County.

In 1971, the business moved to Harrisburg and expanded into auto recycling. Torrence couldn’t bear to scrap gems that came in, such as Jaguars and vintage military trucks.

“It’s painful for me to see anything like that go through there,” he said.

The past 100 years have brought plenty of changes to the industry.

Strict environmental regulations forced the change from giant furnaces that melt metal to massive shears and shredders that tear it into pieces.

Increasing metal theft has brought regular check-ins from detectives and mounds of compliance paperwork to scrappers.

The handshake has been replaced by the contract.

But metal is still king. A magnet is still the handiest tool, and the desire of the Torrence family to save the earth’s resources for future generations is unwavering.

“Our raw materials are going,” said Torrence. “We have to recycle. We have to.”

Posted by Unknown at 8:09 AM No comments:

Its All About the Scrap Metal

The scrap metal recycling industry is one of the largest industries in the nation. It doesn't matter if you have one pound or one thousand pounds of metal around your house or business, we will give you CASH for your unused material. 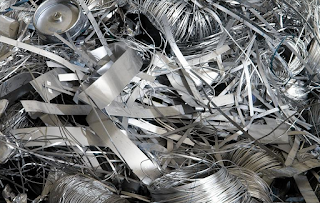 http://foilsinc.com/home/
Posted by Unknown at 8:43 AM No comments:

Need Material? We have that!

We also sell material. We offer new and used steel as well as aluminum and stainless for purchase and delivery for both individual and commercial customers. We can even cut to size and special order material.

http://foilsinc.com/materials-we-sell/
Posted by Unknown at 7:49 AM No comments:

We have two locations!  We are in Harrisburg and Salisbury.

Can't come to us? We can come to you.

Posted by Unknown at 8:33 AM No comments: