No Job it too Big or Small

At Foil’s Incorporated no job is too BIG or Small.  You can rest assured that we have the right equipment to accommodate cost effective material handling including efficient storage and removal.  Our fabrication department has the expertise and experience to custom design equipment to suit your specific processing and environmental requirements.  We specialize in outdoor and indoor storage.

Posted by Unknown at 7:49 AM No comments:

A Little Bit About Us

Foils Inc. has been a family owned business for 100 years, serving the Carolinas since its establishment in 1913 by the late Charles H. Foil. After relocating in 1971 from Concord to a 17-acre facility in Harrisburg on Highway 49, great growth has been experienced. Where tonnage was in the hundreds in the early period, it is now in the thousands due to the most modern equipment and technology including baling, shearing and most recently shredding. Foil’s Inc. has continued with its rich heritage under the leadership of its fourth generation and in keeping with our commitment to growth, productivity and protecting the environment opened an auto recycling center in 2008 and a second recycling yard in Salisbury in 2011.

http://foilsinc.com/About-Foils-Inc.asp
Posted by Unknown at 9:10 AM No comments: 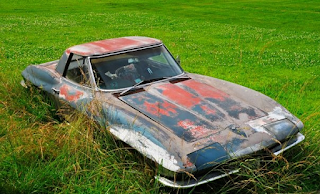 Have an old junker you're ready to get rid of? Foil's will take your old car, truck, or SUV off your hands! Whether it runs or just takes up space in your garage or driveway, we will buy it from you and give you a fair price for it. Give us a call and we'll give you a quote!

http://foilsinc.com/Auto-Parts.asp
Posted by Unknown at 6:00 AM No comments: